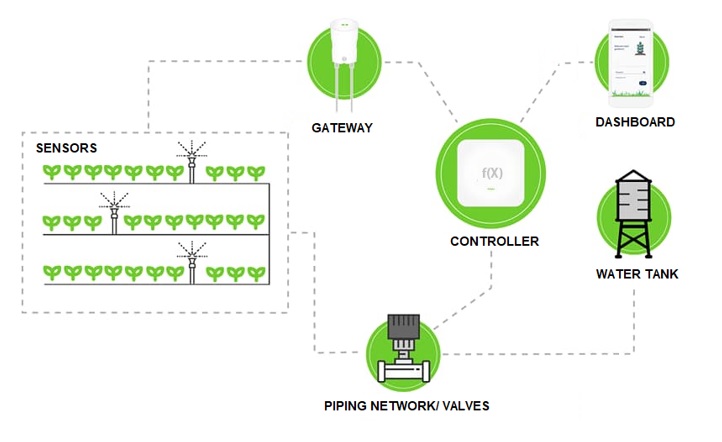 In this project an advanced irrigation control system for monitoring and controlling the irrigation in prickly pear crops has been developed. The system consists of four basic components namely: Wireless Sensor Network; Gateway Node / Sink Node; Irrigation Controller; Irrigation Pipe Network/Valves. The first component consists of a wireless sensor network that senses physical (Soil Moisture and Temperature) and environmental parameters (ambient temperature) and sends data to the gateway node. Second component is the controller, which receives data from gateway and processes it. The last component is the irrigation pipe network, which is laid over the irrigated areas, and the electric control valves that are installed on pipelines.